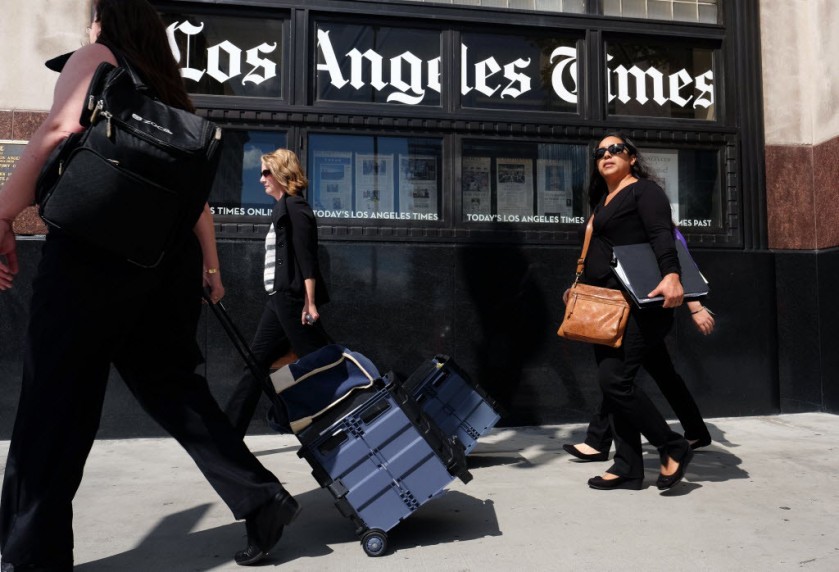 Journalists in the Los Angeles Times newsroom began voting Thursday to decide whether to form a labor union.

Employees at the country’s fourth-largest newspaper are seeking regular raises, better parental leave policies, equal pay, just-cause firing protections, improved severance packages, as well as a “fair shake from management,” according to a message on the LA Times Guild website.

The 136-year-old LA Times is owned by Chicago-based Tronc Inc., which also owns the Chicago Tribune, New York Daily News and Baltimore Sun among other publications.

Executives for Tronc — whose chairman, Michael Ferro, previously chaired a group that owned the Chicago Sun-Times — have strongly discouraged unionization.

“The Company urges every individual in the LA Times newsroom to get out and vote,” Tronc spokeswoman Marisa Kollias wrote in an email. “We believe that by working together, rather than through a third party, we can build on the LA Times heritage and trust with readers. We remain committed to providing a productive and safe working environment for all employees, and will continue to act with the best interest of all of our employees in mind.”

In their call to unionize, the LA Times Guild cited ballooning executive salaries, including a $15 million consulting contract that Tronc approved for one of Ferro’s other firms.

“There’s a reason they’ve been fighting so hard against us,” guild members wrote. “They want a free hand to give us less and less.”

A simple majority is required of the 380 employees who would be represented by the union, according to the New York Times, which reported that vote results will be announced on Jan. 19.

Tronc failed in a bid to purchase the Sun-Times when the Justice Department blocked the transaction last spring, citing antitrust laws. The Sun-Times eventually was purchased by an investment group led by former Ald. Edwin Eisendrath, along with a coalition of labor unions.

Unionized newsroom employees at the Sun-Times are represented by the Chicago News Guild.